Water softeners: why two cylinders are better than one

Water softeners: why two cylinders are better than one

They both soften hard water (most of the time) but only a twin-cylinder softener can provide an uninterrupted supply soft water to your home all day, every day.

The reason? It's quite simple. A water softener needs to perform two tasks:

1. Remove calcium and magnesium (the minerals responsible for hardness) from household water. This is the softening process.

2. Clean itself when significant amounts of calcium and magnesium have accumulated in the softener. This process is often called regeneration and typically takes place every day or two; sometimes twice a day. It depends how much water your household uses during that day or two.

Both types of softeners perform both tasks, but only a twin-cylinder softener can perform both tasks at the same time. While once cylinder is regenerating the second cylinder continues to provide soft water to your home. Water is softened whenever you need it. 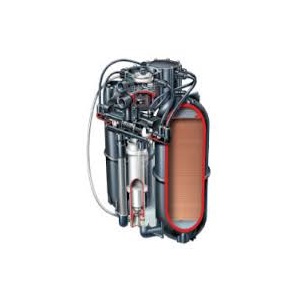 A single cylinder machine runs into a problem when it tries to perform both tasks simultaneously. It can't do both so it is unable to supply soft water to your home when it is regenerating, so if you turn on a tap, flush the toilet or have an appliance running during regeneration your system will be exposed to hard water and you will lose the benefits of soft water.

Single cylinder machines try to compensate for this problem by employing simple computers and timers, which you then need to programme with assumptions about your water usage patterns. The computer then tries to make sure that the softener will regenerate at night, when the household is least likely to be using water. However this is not a perfect solution and can lead to a range of outcomes, including:

1. Although softening capacity remains on the softener - regeneration is not yet needed - the computer guesses (based on the assumptions provided) that the single cylinder does not have sufficient capacity remaining to soften water throughout the following day. In this situation the computer forces an early regeneration, to make sure that sufficient capacity will be ready for the morning. This is inefficient, resulting in wastage of both salt and water. This situation can arise frequently; perhaps even daily.

2. The household's water usage was greater than expected by the programmed assumptions, perhaps due to an unexpected number of baths/showers, unexpectedly frequent toilet flushes, washing the car, catching up on unwashed laundry... any number of fairly normal household scenarios. The softener runs out of softening capacity and is forced to regenerate unexpectedly; hard water is supplied to the household during a busy part of the day, undermining the benefits of having a softener.

Yes, that's right. Wouldn't you like to have a softener free of knobs and buttons - requiring no attention from you - simply providing soft water whenever you need it: all day, every day?

So not all softeners are the same...? That's right! If you want to talk it through or have any other questions please feel free to contact us. 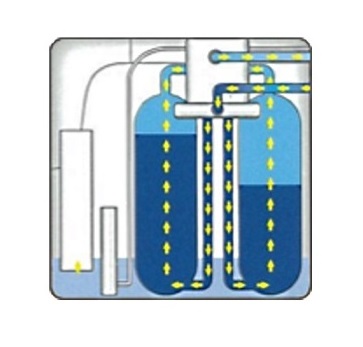